and functions as a transition between the two materials.

followed and is made of a special anchor ring for Steel tubes on the other side.

The two sided fixing systems assures, that both pipe materials have the strongest version of

connection without endangering the breaking strength. Small differences between the pipes

outer diameters can also be leveled. 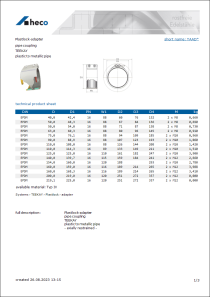 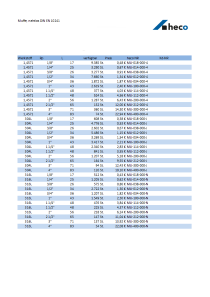 Stock and Price List
Plastlock-adapter
pipe coupling
TEEKAY
The document will be created with lastest daa.

Brochure
Ask our experts
phone
+49 (7232) 3655-44
Chat
start
We are online!
For technical questions about our products or instructions for handling our website please consult experts in our chat.
offline
Availability
We are online on Monday till Friday from 8am to 5pm.
E-Mail
va@heco.de
Business card
download